The Biggest WTF Moment of the Superbowl

Feb 4th, 2018 = the day the Eagles won their first Superbowl. Honestly, I don’t really care THAT much, but do enjoy football and a good game. Plus, who doesn’t enjoy watching an underdog, aka the backup QB Nick Foles, take their team and win against Tom Brady!

Between that and the funny Superbowl commercials, things were feeling pretty good for a Sunday evening before work starts up again tomorrow.

Well…that all changed when I read this!!!! Eagles Fan Empties 401(k) to Attend Superbowl

There’s no way to really know how much the guy paid to attend, but if we just go with the article which states 30K at most to do so, I’m still enraged!!!

First off, as an ADULT of the family, you have a responsibility to save money for retirement. If you are unable to do so because of certain situations you have in your life, I totally get it.

As of matter of fact, we are here to help turn those situations around. We support you and even hope that you can fix it. But if you are unable to defeat the mental model biases that cause you to do something as stupid as this, we have the right to go Hulk mode on you! Sometimes people need the hulk mode to get their asses in gear.

People in the United States right now are not saving in general, especially not for retirement. I feel shocked when reading one of those articles because it is so sad to me that this is the case. The reason we started Duke of Dollars was to help change that, and while you’re in the community and constantly reading about people who are fighting their way to FIRE – you forget that so many people are just trying to survive!

It is these people we all hope read one of our blog articles and change their mindset towards their future.

But DAMN IT JIM – WHY WOULD YOU EMPTY YOUR 401(K) FOR SUPER BOWL TICKETS!

Fear of Missing Out Bias

The Super Bowl only happens once every year with only two teams making it to the big game. Your team has finally made it, it might be the only time in your life that they do. What if you are not in the stadium when they win?

Fear of Missing out is the social anxiety to stay connected to what other people are doing, fearing that you will regret missing out on the big event. You feel that because others are going to the big game, especially others in Philly, that you are missing out on that rewarding feeling of being there too.

Scarcity Bias / “Do Something”

Winning the Super Bowl for the first time as a team franchise only happens once. Being a part of that history can also only happen once. As a long time fan, that means if you don’t go to this game you will never get this opportunity again, so why in the heck wouldn’t you do anything in your power to go?

The thing is the Eagles could be in the Superbowl next year and win again. They may play somewhere closer and cheaper than this year. Does being at the Superbowl vs watching it from home (when you can’t truly afford it) really change your part played in the historical event? I think not.

The fact of the matter is you don’t know the future and it is because of this scarcity bias you feel, along with the human tendency to have to do something, you sell your 401(k), pay the early withdrawal taxes, and go to the game anyways….not worrying about the future use of that money.

Your whole life you’ve been a Philadelphia Eagles fan. If they win, you win right? Eh…not so fast. In actuality you have done absolutely nothing in the effort for the win but spend your money, specifically the money for your future, to feel like you are part of something greater than you.

It is exactly why people talk in different ways when “their” team wins or loses. “We won the Superbowl” versus “They lost in the playoffs last year.”

You want to really be associated with the winners, especially when you have consistently watched their games throughout your life, worn their hats, and bought every one of your favorite jerseys.

Trust us, the NFL and Eagles want you to be part of their team too.

Mistake Has Been Made – What Next?

We’ve said it before in previous posts, we actually don’t mind people spending money to achieve experiences in their life they always wanted. But maybe we should be adding a huge caveat to that statement – ONLY WHEN YOU CAN AFFORD IT.

Mr. Philadelphia guy it is time you take a step back, evaluate your future, and start building your kingdom!

Start with square one and evaluate your income, are you ready to cut back on expenses and start putting your savings into high gear? Can you do anything to increase it over the next few years to get your 401(k) balance back?

Figure out what you can cut regular expenses. You are currently in EMERGENCY mode, there is no longer a thing called entertainment spending in your life. You just spent all of it for the 6 hours you spent in Minnesota, my friend.

The last step we really want to encourage you to do – make a commitment! You owe it to your family and your future to be prepared for those retirement days. You have just put yourself in an awful situation by losing out on compound interest, it is time to commit to doing better in the future. You need a bigger comeback than the Patriots last year!

There isn’t much else for us to say on the topic, instead, we will sum it up with a Charlie Munger quote:

“It is remarkable how much long-term advantage people like us have gotten by trying to be consistently not stupid, instead of trying to be very intelligent”

I don’t think using your 401(k) for short-term pleasure was an attempt to be very intelligent, but it for damn sure wasn’t in line with trying to be not stupid. 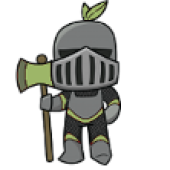 Guest Post: Grandparent Frugal Lifestyle: 4 Keys to Take Your Finances to the Next Level

Is this the best FI/RE movie scene? (NSFW)

Can you make a comeback in your finances like the Patriots? Of course you can!